If you want to participate in the forex market, you may need a forex broker. A foreign exchange broker is a financial services firms providing traders access to their platforms to allow them to buy and sell various foreign currencies. FinMarket, for instance, is an online brokerage company founded in 2015 that is based as well as regulated in Cyprus. Owned by K-DNA, the firm provides its clients the best opportunities in the forex exchange market and other financial markets as well as allow them to make the most of the potentials of their trading account. Want to know more, check out FinMarket review.

When it comes to currency trading, the market of foreign exchange is one of the biggest, most robust as well as the most liquid markets in the globe wherein it reaches $5-7 trillion in daily turnover. It’s no wonder many would want to participate in the forex market for a piece of the action. 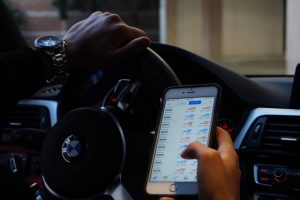 When trading currency pairs, you are actually purchasing one currency and then selling the other. For you to better understand what currency trading is, there are a few terms that you need to be familiar with.

Typically, these pairs would include a currency that is from a country with an emerging market. This isn’t because of the country’s location, but of the added challenges that is involved when these currency pairs are traded. Generally, they are liquid, have wider spreads as well as lesser market-makers.

While currency trading may seem interesting and can be profitable, it isn’t for all. Similar to any trading channel you invest your money in, it may take time for you to become proficient at currency trading with the risks as well as complexities the are connected with the currency markets. So learn as much as you can, start small and practice.